A day at Chapel Bell Studio recording the next single

On Sunday 12th August, we all headed to Uxbridge to meet John Bell, sound engineer and owner of Chapel Bell Studio, to record a few tunes for release later this year.

First up were a few takes of 'You Control The Lights', then when we were happy with the final take, we moved on to 'None of Your Concern' and once that was in the bag, 'Possession' came next.

John looked after all of us superbly during the day, looked after the set up of the drums (being a drummer himself), as well as handling all of the sound and recording, and it was great to meet him and spend time in his studio. 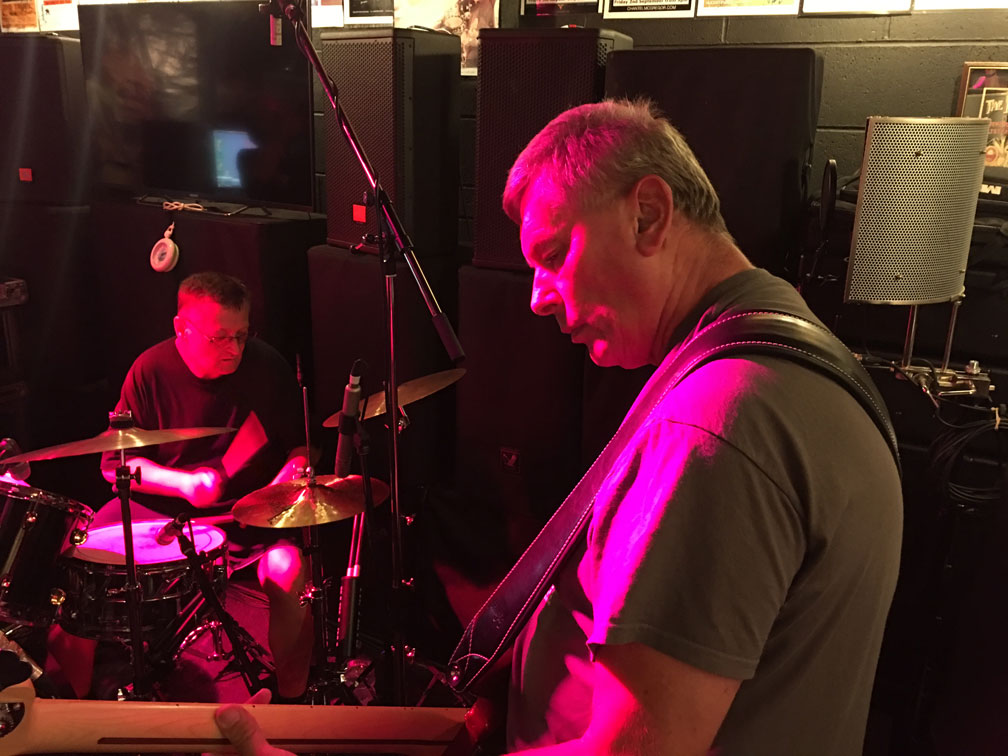 Chapel Bell is a great place with a superb chill out area just outside the studio where we sat, chatted and drank a few beers during the overdubs.

A few tweaks needed here and there, some backing vocals to be added and a final mix to do, and then the tunes will be available later in the year for download. 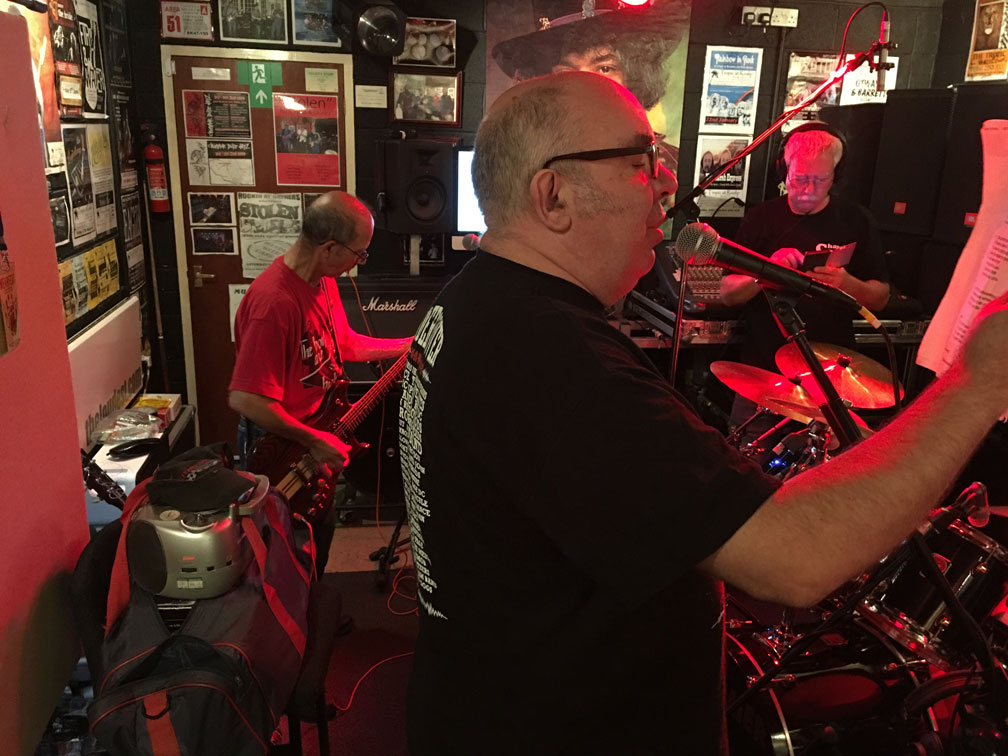 A huge thanks to John for a great day and for all his work. Thanks also to the gropies, Kim and Bev for the photos.

Stay tuned for further info on a release date for the single.