Here's a great website article about the history of IPS Recording Studios where we recorded 'Soldiers' and 'Angels of Mercy' in 1980.

IPS was originally founded by Peter McGhee during 1977 and was located at number 7 Goldhawk Road in London's West End. The principal engineers at IPS during its ten year lifespan were Peter McGhee, Tony Poole, John Steyn and Dave Kenny who joined in 1981.

Daniel Miller (later to become the founder of Mute records) had used the studio originally to record his 'Silicon Teens' album. He recommended it to William Bennett and during 1979 they recorded the first 'Come' single and album. This was followed in 1980 by the first three Whitehouse albums.

Around this time, Bennett showed the studio to Stephen Stapleton of Nurse with Wound for the recording of his fourth album, 'Insect And Individual Silenced' and his various other side projects. Bennett and Stapleton also used IPS in 1981 to recorded the infamous '150 Murderous Passions' album. Dave Kenny engineered these sessions for Stapleton who block booked the studio every Friday night.

IPS provided a centrally located professional studio with engineers happy to record experimental work. The rate for studio hire was typically £6.50 per hour. 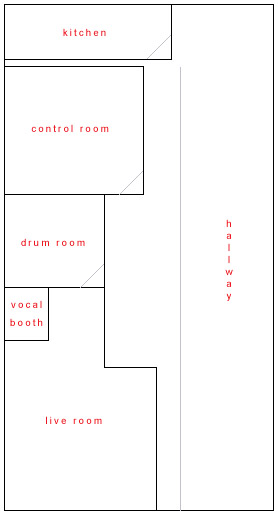 The studio's equipment is detailed here.

IPS finally closed its doors in 1988.